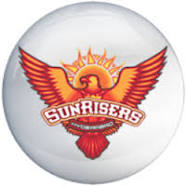 Sunrisers Hyderabad (earlier Deccan Chargers) represents the Hyderabad-based franchise of the Indian Premier League (IPL). Initially, the captain of the team was V.V.S. Laxman, who led it in the first season. However, from 2009-10, captain was Adam Gilchrist, former Australian Test Cricketer. The team is owned by Kalanithi Maran of the Sun TV channel Network. David Warner is the captain for 2022. Tom Moody former Aussies all-rounder is the head coach and Simon Helmot is the assistant coach of the team. Krish Srikkanth and VVS Laxman are the mentors of the team while Waqar Younis is the bowling coach of the team.

Although, initially, Deccan Chargers was amongst the teams considered to be the potential winners, it managed to win only two matches in the tournament, against Mumbai Indians and Chennai Super Kings. The team suffered from the loss of V.V.S. Laxman, because of injury, and Andrew Symonds, because of national commitments in 2008. It has Rajiv Gandhi International Cricket Stadium (Hyderabad) and VDCA Stadium (Visakhapatnam) as its home grounds.

Recent Developments
Sunrisers Hyderabad announced that changed its jersey (from beige-black to sparkling silver-blue) and logo as well.

Logo
The logo of Sunrisers Hyderabad comprises of a light grey shield, which a charging bull on it, along with the team's name.